Today, I want to republish something I wrote on 26th Jan 2009 at my other blog, Going A-Musing.

Last night, Sury was talking to Vidur about Republic Day and Independence Day. And all of us recalled how my mother was invited to Vidur’s school as the Chief Guest for the function in 2006 when he was in Std.III.

Mom is going through a bad health patch right now and she too was reminiscing over coffee this morning. After the function on that Republic Day, over tea with the Principal, mom was invited to teach at the school for 3 months, as one of the teachers had to go on leave. She accepted and had three hectic months doing what she does best, and loves to do – being a teacher.

As I also remembered those days, I felt a little sad to see a usually hyper-energetic person forced to spend time in bed simply because she does not have the physical stamina and energy, especially after the surgery three weeks ago. I suddenly felt like reading the speech she had delivered on 26th January 2006 – it had moved me then, and it moved me now. I feel like sharing it here, today. Here it is. 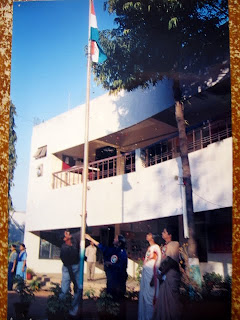 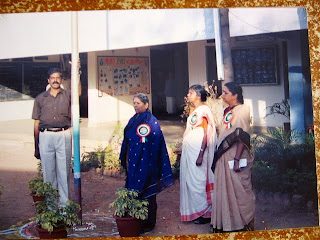 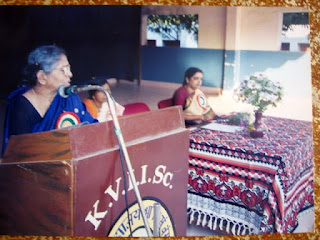 I am very happy to be at this gathering with you all today, and I wish you all a very happy Republic Day.

Did you know, that Jana Gana Mana was adopted as the National Anthem on 24th January 1950 ?

On Republic Day regional identity gives way to national identity. Neither caste, creed nor religion matter. What is predominant is the Indianness of the people. India can become a developed nation only if everyone contributes to the best of his or her ability and capacity

I celebrated my first Republic Day when I was 5 years old…in 1950. Today we are celebrating the 56th Republic Day.

Republic Day brings to my memory a very cherished childhood incident in the year 1953..when I was 8 years old, and now my grandson Vidur is 8.

Pandit Jawaharlal Nehru visited our school as the Chief Guest. I was selected as the star student of my school that year, and chosen to present a rose to Pandit Nehru. He, in turn, pinned a small flag of India on my uniform. I feel very thrilled to recall this now….as I was fortunate enough to have met the first Prime Minister of India. All the students who were born in 1947 were placed in the formation of the India Map. When Pandit Nehru addressed the students, he said “Dear Citizens of free India, I salute you! Today India is in your hands!”. His words are still ringing in my ears.

Thousands of Indians struggled for a free India and had dreams of a peaceful, prosperous and progressive India. They suffered and sowed the seed and today we are enjoying the fruit of their efforts.

We all live in deeds, not years. In this context, I recall a poem by William Wordsworth and I would like to share it with you.

All the best to you, children….Thank you. JAI HIND!

This is one of the nicest speeches I’ve ever heard, and she got a standing ovation of course!

So proud to be her daughter!!